So I’ve really been waffling on these reviews. I didn’t want to do back to back bad reviews but really wanted to express my opinion on a show that I was really unhappy with.  When I was in the work force I had a manager that always said “If you make a customer happy you will be lucky if she tells one person about her positive experience.  If you make a customer unhappy, 300 people will know within a day.”  That is so true with so many things.  Yes, I want to tell everyone about the new shows I’m loving and get them to watch these shows.  Even more so I feel I want to discuss the shows that have really let me down to find out if I’m in the minority or if I am somehow missing something.  So instead of just doing a bad review I’ll compare some good with some bad.

One of these shows is loosely based on a Venezuelan telenovela with the outlandish premise of a young woman who is devout and determined to save her virginity until marriage.  She accidentally gets artificially inseminated with her boss’ sperm and becomes pregnant. 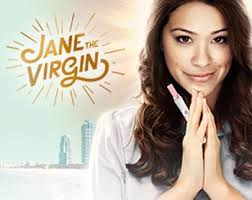 The other show is a comedy about the struggle of a Mexican-American woman to find her way in the world and get her law degree, no matter what. She lives in a house with her sister, brother-in-law, niece, nephew and mother.  Her mother is traditional and doesn’t understand her need to achieve such a lofty goal.  Her brother-in-law just wants her out of his house. 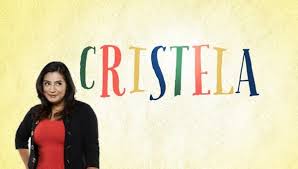 When you look at the descriptions of these shows it almost seems like a no brainer as to which one is going to work and which one is just too crazy. It just doesn’t play on-screen that way though.

The first show is, of course, Jane the Virgin on The CW. This show has quickly become one of the highlights of my new television lineup.  First, we know it is loosely based off a telenovela so any of the overboard stuff is to be expected.  Yet, that over-dramatized stuff just isn’t there.  The Grandmother, played by the always wonderful Ivonne Coll, watches telenovelas with Jane so there is that campiness.  But the show itself has not yet fallen prey to its own caricature.  There is some suspension of disbelief in the way Jane gets pregnant because of how tight and extra careful everything in the healthcare field is these days.  But even that isn’t too out there to get past.  One of the best things about the show is Gina Rodriguez who plays Jane.  She is a true delight! 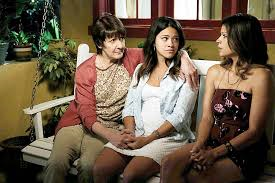 I guess you may have figured out that the second show is the show that has let me down. Cristela, playing on ABC, has such a great premise.  But talk about drama!  Everything I have seen on the show so far is a drastic caricature of the Latina, the Latino, the rich white guy, the privileged blonde girl, etc.  It’s enough to drive a person crazy!  The racist and sexist jokes make me uncomfortable, and not in a good way.  This is a show that has not yet made me laugh yet has an annoying canned laugh track that is played through most of the show.  The brother-in-law Felix, played by the gorgeous Carlos Ponce, is downright mean to Cristela.  I get that he doesn’t want her in his house any longer, but she does help out with the kids and other household chores.  The weird thing is he’s the only one that doesn’t make me cringe.  He is the only one I feel isn’t being a parody of a Mexican-American.  Yet the producers even ruin his scenes by playing that darn laughter when he’s being a total jerk! 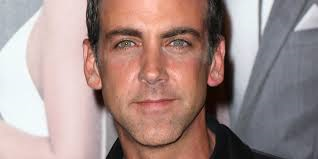 I feel the writers (and actors) on Cristela could take a lesson from the cast and crew of Jane the Virgin. On Jane we still see a Mexican-American household, but it’s portrayed with respect.  There are no aye-yi-yis or aye carumbas as there are on Cristela.  Don’t get me wrong, that’s okay once in a while.  But in all my years living in a large Mexican-American community (San Diego) I never saw any family act like such a stereotype.

I love that in Jane the boss (Justin Baldoni – another hottie) and his family are rich and dysfunctional just like you’d expect a family of overachievers to be. But so far, they seem like decent people.  In Cristela, the boss is a white bigot who gets away with saying awful things for laughs.  It perpetrates the belief that a minority person has no recourse in these situations.  I would hate to think a young Hispanic woman watching this show is made to thinks it’s okay for her boss to speak to her that way just because the things he says are followed by tinned laughter. 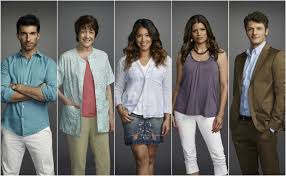 As I’ve said before, I like to give shows at least three chances. This week will most likely be the end of the line for Cristela in this house.

Jane the Virgin, on the other hand, has a permanent place on my DVR.

Are you watching either show?  What do you think of the way they portray the Hispanic community?

I'm the mom of two boys and wife to my high school sweetheart. Our oldest, Josh, is living at home while working and paying off student loans. Our youngest, Griffin recently left his active duty Army job and is now National Guard here at home. He moved back to Michigan with his wife Kirsten and our beautiful granddaughter Hazel. I work part time and try to fit as much reading into my life as possible.
View all posts by Cheri →
This entry was posted in Procrastinators Progress and tagged ABC, Carlos Ponce, Cristela, CW, Gina Rodriguez, Ivonne Coll, Jane the Virgin, Justin Baldoni, TV Review. Bookmark the permalink.