Hoo boy, it’s been a minute since I’ve posted my ramblings.  So much has been going on but I won’t overload this post with everything at once.  Just a few things I’d like to ramble about today.

One of the gifts Griff gave me at Christmas

I know I’ve mentioned before that my youngest is currently stationed at Fort Lewis in the state of Washington.  Well, I guess the distance just seemed like too much and he proposed to his wonderful girlfriend.  They’re going to have a small summer wedding, possibly in our backyard.  Once he finds out when his summer leave will be they’ll set a date.  Most likely sometime in July.  Crazy!  But he will be about 8 months older than I was when I got married and about the same age his dad was.  So we can’t say much.  She’s a great person and she makes him very happy so that’s all we can hope for, isn’t it? 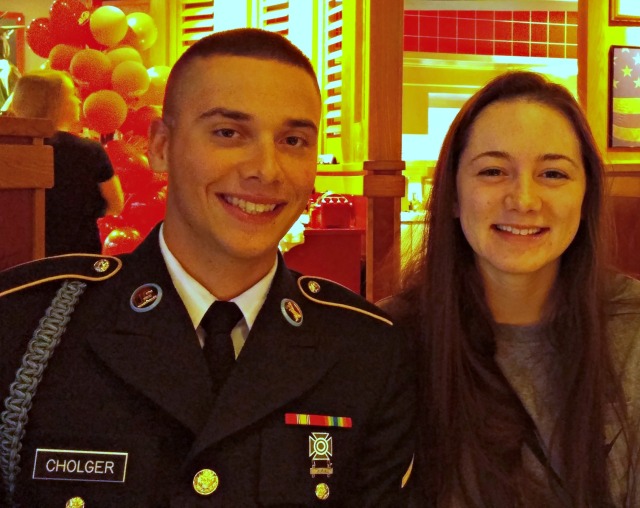 It seems I’ve been dealing with some kind of ailment or another since before Thanksgiving when I had the flu for three weeks.  I’m beyond sick of not being 100% and would like to have my life get back to normal.  Just after we returned from Fort Benning in early December I got shingles…for the 4th time.  Apparently it’s very uncommon to get it more than once; even more uncommon to get it more than once in different places.  Great!  This is not the type of thing I want to be different about me!  And I’m under the age recommended for the vaccine so I have to amass some info for my insurance and hope they’ll pay for me to get it soon.  I’m terrified I will get it on my face/by my eyes at some point.  If you’ve ever had shingles you know that it’s painful.  I can’t imagine having it on my face.

During this time my neck started bothering me a lot.  It’s worse when I first wake up in the mornings but bothers me all day.  I’ve tried heat and resting it as directed by my doctor.  Some days are better than others.  I took some time off of Body Pump and Yoga but have found that I was feeling worse in other ways when I stopped working out and my neck wasn’t getting any worse when I did work out.  So I’m trying to get back in the swing of things with that.  The break from working out really threw me out of my routine and I have to re-train myself to get my butt in gear in the mornings.

I hate to sound like I’m an Eeyore, but I’m not done.  Toward the end of January I woke up with a rash on my neck.  After my shower it spread to my torso and thighs.  By the time I got to the dermatogist it was on my arms.  By that evening it was all over.  They tell me it was contact dermatitis, which is a fancy way to say my body reacted to something; be it food or detergent or my clothes.  Luckily that meant I wasn’t contagious, but it also means I have no idea what caused it since I hadn’t changed anything recently.  It eventually went away. In fact, I canceled my follow up appointment and my skin seems okay now.  But it was annoying while it lasted.

So even though I haven’t told you much, I’ve been quite a downer in this post so I’m going to wrap it up.  But, to end on a positive note, here are some other random picks of my life lately.  Hopefully my health will continue to improve so my next rambling post I won’t sound like your great-grandma when you go to visit her. 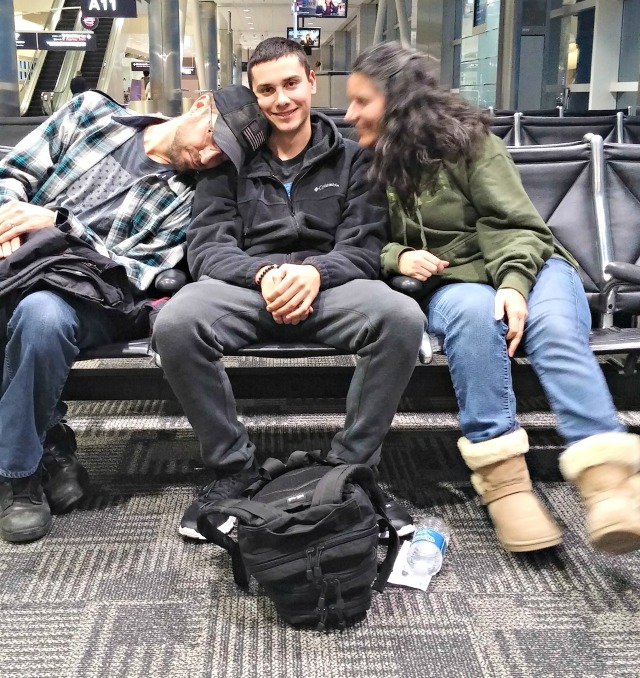 By the Christmas Tree at Campus Martius in Detroit

At the DIA with my mother-in-law last month

Have a great weekend!

I'm the mom of two boys and wife to my high school sweetheart. Our oldest, Josh, is living at home while working and paying off student loans. Our youngest, Griffin recently left his active duty Army job and is now National Guard here at home. He moved back to Michigan with his wife Kirsten and our beautiful granddaughter Hazel. I work part time and try to fit as much reading into my life as possible.
View all posts by Cheri →
This entry was posted in Book Reviews and tagged Body Pump, Campus Martius, contact dermatitis, DIA, Eeyore, random ramblings, shingles, yoga. Bookmark the permalink.