It kind of blew my mind that I read one more book in February than in January with how short the month is, but I got my hands on some wonderful books last month.  As usual, my most read genre was contemporary romance.  But there was one historical romance thrown in there.  This month I think my most popular sub-genre was Sports, followed closely by Military and Western.  I also assumed I would have left the sub-genre of Holidays behind until the fall, but there was still a Christmas story in the mix.  Cowboy Christmas Blues by Maisey Yates was one of my favorites of February.

It wasn’t my only 5 star read, though.  I also rated the next book in that same series, Smooth-Talking Cowboy, at 5 stars.  Needless to say, I have high hopes for that series since it started off so strong.  Another of my favorite authors, Sawyer Bennett, also rated 5 stars with her story Van.  I really love those hockey gods in her Cold Fury series.  And one of my newer favorites, Soraya Lane, had a 5 star winner with Soldier on Her Doorstep. 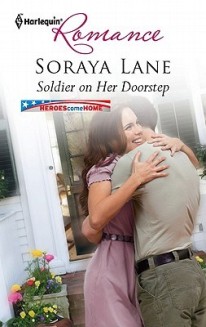 For once I read a lot of books I purchased instead of library books and freebies.  Don’t get me wrong, I still got the majority of my books from one of my libraries.  But it seems I’ve also put some of my Christmas Amazon gift card to good use.

There were two great reads from new-to-me authors in February.  Fully Dressed by Geri Krotow and Hardwired by Meredith Wild.  Hardwired is the first book in the Hacker series and I’ve actually read the next book (I’ll be posting my review soon) and I’m loving this series.

Since finishing Susan Elizabeth Phillips’s Chicago Stars series back in November, I’ve been waiting for a digital copy of Just Imagine to become available so I could read some of her other work.  I had previously obtained a paperback copy from my library but didn’t get a chance to read it before I had to return the book.  Although I used to read tons of historical romance, I don’t read much in that genre anymore so was unsure how I’d like this book.  Of course, I shouldn’t have doubted that SEP would suck me into her world.  I really fell into the pages of this one even though it was written over 30 years ago in 1984.

Even though I read one more book in February than in January, I read less actual pages.  Only 4806, probably because I read two novellas last month.  The shortest, One Snowy Night by Jill Shalvis, came in at only 92 pages.  My longest read was Dockside by Susan Wigg at 400 pages.

Although I had a great month with four books given 5 stars, there was one 2 star read in there.  With all the great reads I still ended up having a 4 star average for the month.  That’s pretty darn awesome!

Earlier I said I read a lot of purchased books in February.  Three of the books I read in February were bought that month.  One was purchased in January, but that makes 4 of the books I read last month books that I actually purchased.  I just love having an Amazon gift card loaded on my account.  There was my usual Melissa Foster pre-order in there, Driving Whiskey Wild.  I also had the latest Maisey Yates book, Smooth-Talking Cowboy on pre-order.  I then realized that although it was the first regular book in her new series, there was a novella that I somehow missed that was a .5 book.  So I also purchased Cowboy Christmas Blues.

I’m definitely running into a lot more freebies that I already have lately.  Once again, I obtained less than 100 books last month, only 48 through Book Bub.  That’s okay though, I have so many books on my Kindle I don’t know if I’d even be able to read them all no matter how much time I have.  My Kindle First pick in February was Digging In by Loretta Nyhan.  I got 4 books through Net Galley, one through an author’s email, 8 were through a rabbit hole of Amazon surfing, one through Just Add Spice, 10 through Red Feather, 17 from Shifted Sheets, and one through Twitter.

Here’s a breakdown of February’s books by genre:

Before I wrap this post up, I have an announcement.  This will be my last monthly wrap up for a while.  I think the information I include is more interesting to me than to others.  Plus, since I post a review for all of the books I read I’m regurgitating a lot of the same information.  I’ll be keeping track of my stats for myself still and to use for a yearly round up and list of favorites though.  I may decide, down the road, that I want to incorporate this monthly recap back into the lineup, but for now it will be on hiatus.

I'm the mom of two boys and wife to my high school sweetheart. Our oldest, Josh, is living at home while working and paying off student loans. Our youngest, Griffin recently left his active duty Army job and is now National Guard here at home. He moved back to Michigan with his wife Kirsten and our beautiful granddaughter Hazel. I work part time and try to fit as much reading into my life as possible.
View all posts by Cheri →
This entry was posted in Book Reviews and tagged book blogger, book review, favorite books, recap. Bookmark the permalink.