This week’s Top Ten Tuesday topic is Favorite Tropes.  I have to say, I wasn’t sure if I’d be able to come up with 10 since, as I mentioned last week, my mind will often go blank when I’m typing up these posts.  I kind of let my mind wander and would jot down a trope as it crossed my mind.  Before I knew it, I had ten.

Most of these are specific to the romance genre, but some work with other genres too.  My wheelhouse is romance, though. 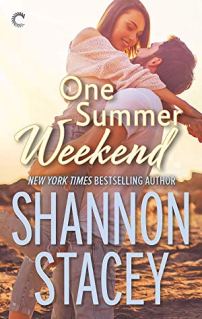 Friends to Lovers
Maybe it’s because my husband has truly become my best friend over the years and I know how amazing that feeling of being married to my best friend is, this is one of my very favorite tropes.  I prefer friends to lovers when both friends come to the realization of the deeper feelings around the same time, or both have had unrequited love and were too afraid to speak up the whole time, but I’ll take this trope any way I can get it.

Fake Fiancee/Fiance
Of course, this can also be fake boyfriend/girlfriend or fake husband/wife.  The forced intimacy always brings sparks and unintentional feelings. Inevitably, the person being used as the pawn will get protective feelings toward the person who needed the fake relationship and things will escalate from there. Usually this leads to tons of fun and romance.

Best-Friend’s Brother/Sister
If you never had a crush on a friend’s sibling or your sibling’s friend, you’re probably lying.  Seriously, it’s part of puberty to get those type of crushes. So to see that type of crush come to fruition in the pages of a good story can make me swoon. 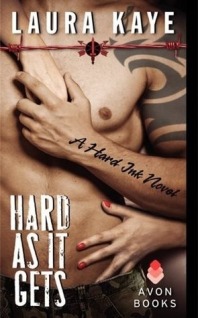 Enemies to Lovers
I’ve never been one to start a fight in order to have make-up sex. If you piss me off, I don’t want you touching me.  But the fire and heat that some authors are able to capture with their characters who are enemies is just plain fire.  And the harder they’re falling, the more the resist.

Military Veteran
I’ll read a good romance with any veteran. But if that veteran is holding something inside that needs to get out. Or running from something that’s followed him into the civilian world.  Sign. Me. Up. There’s nothing sexier than a man who knows how to use his body to give joy and pain.

Marriage of Convenience
Not to be confused with the fake wife trope, the marriage of convenience trope is most often found in historical romance. It can be found in contemporary romance, just not very often.  It’s often the woman discovering that love is a real thing and it’s not shameful to show affection that wins me over with these stories.  The fall of innocence I guess. 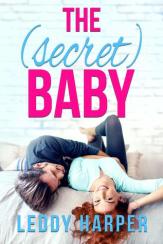 One Night Stand Meets Again
I don’t see this one as often as m any of the others, but it’s always a lot of fun.  Getting over a bad breakup or trying to break a dry-spell, a person who never has one night stands has a one night stand. To discover the person they slept with is their boss, their sister’s new in-law, their best friend’s college roommate, whatever.  Hi-jinx generally ensue.

Loner/Hermit Hero
I cannot resist the odd, grizzly, heart-of-gold loner who acts as if he’s a hard-ass. As soon as he sees someone in need of help, he’s there to lend a hand.  No matter how much he wants to go back to his cave and ignore society, that never seems to work out. Whatever the hermit has been hiding from, he’s forced to face while continuing to be the hero. What’s not to love?

Ex-Husband/Deceased Husband’s Best Friend
This one can be touchy, but when done well it will tug at all of my heart strings.  I’ve also seen the ex/deceased husband’s brother, which is always extremely emotional.  I cannot stress enough that this trope really has to be done right or it will fall apart quickly.  When it’s handled by the correct author it’s a recipe for love, sorrow, and lot of warm-fuzzies.

First Loves Meet Again
When you have that first real boyfriend or girlfriend in high school or college, you can’t really imagine that you won’t end up with your HEA.  Alas, real life happens and many of those relationships end up HFN instead.  Until the couple meets up again 10 or so years down the road.  Sparks fly, the years melt away, the anger from the initial break up is dealt with, and a beautiful story emerges.

So that’s my top 10, or at least the first 10 I thought of while sitting at my computer.

I'm the mom of two boys and wife to my high school sweetheart. Our oldest, Josh, is living at home while working and paying off student loans. Our youngest, Griffin recently left his active duty Army job and is now National Guard here at home. He moved back to Michigan with his wife Kirsten and our beautiful granddaughter Hazel. I work part time and try to fit as much reading into my life as possible.
View all posts by Cheri →
This entry was posted in Book Reviews and tagged Favorite Tropes, Top Ten Tuesday, TTT. Bookmark the permalink.