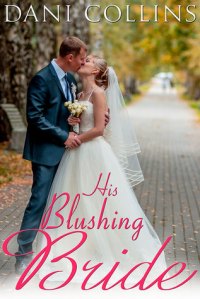 Piper Tierney is busy wrapping up the school year and planning the music for Marietta’s Wedding Of The Century. She does not need one of her parents’ backpacking hippies under foot. Except the guy they let stay in their house is so much more than the California couch-surfer he resembles. Before she knows it, she’s making time to make time, even though he’s only in town for a couple of weeks.

Taking a break from working on his doctorate in political science, Sebastian Bloom wants to reassure himself his sister isn’t making another mistake with her upcoming wedding to a Marietta rancher. He’s definitely not looking for a bride for himself. Marriage and family are a trap. But Piper is cute, funny, and wants to move on from her ex.

They agree to a no strings affair, but will they wind up tying the knot?

Well, I’ll be. This story was so much better than I was expecting.  The first book in this multi-author series didn’t really do it for me.  But because I already had this book in my Kindle library thanks to a free download last year, and because the next story after this one is by a favorite author of mine and also in my library already, and because I have read another story by this author in the past and enjoyed it, I decided to give it a go while entering with low expectations.

I love the chemistry between Piper and Bastian, and the shy uncertainty of Piper really tugged at my heartstrings.  Not that she’s a pushover, because she’s not.  She’s just very inexperienced in relationships and lacks confidence.  Bastian not only gives her the freedom to express her true self, but gives her the confidence to realize she’s been holding herself back her whole life.

From the outside, it seems Bastian is a pretty put-together guy.  He’s kind, good looking, has traveled extensively, and has a freelance type career he can do from anywhere and on his own timetable.  But Bastian also has some issues he has kept pushed pretty far down that he has to deal with.  Piper unwittingly brings these things closer to the surface which scares Bastian.  And he doesn’t react well when he thinks he’s being cornered.

This story really has me seeking out the other books in the Love in Montana series which is strictly written by Dani Collins.  I’ve already read book #2, Blame the Mistletoe, about five years ago.  Now I want to start again from the beginning.  I really enjoyed this author’s writing style and characters.

I'm the mom of two boys and wife to my high school sweetheart. Our oldest, Josh, is living at home while working and paying off student loans. Our youngest, Griffin recently left his active duty Army job and is now National Guard here at home. He moved back to Michigan with his wife Kirsten and our beautiful granddaughter Hazel. I work part time and try to fit as much reading into my life as possible.
View all posts by Cheri →
This entry was posted in Book Reviews and tagged 4 stars, book review, contemporary romance, Dani Collins, His Blushing Bride, Kindle, Love in Montana, M/F, Montana Born Brides, R, Tule Publishing. Bookmark the permalink.